Apparently, sometime in October and November a Harry Potter themed cafe opened up in Hongdae. As someone who is kind of in the know of nerdy stuff happening in Korea, this did not come across my radar at all. Even with all the news and updates from Reddit and my various other sources, I was caught completely off guard. I didn’t even know it existed until my friend asked me to go with her. As you know, of course I went. 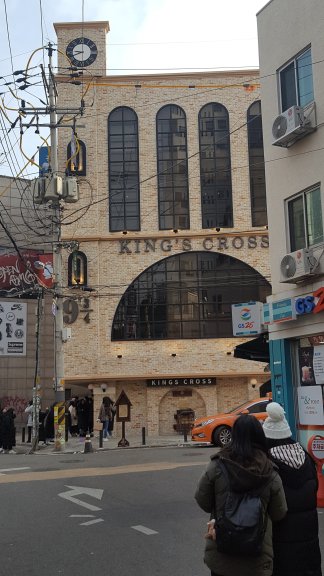 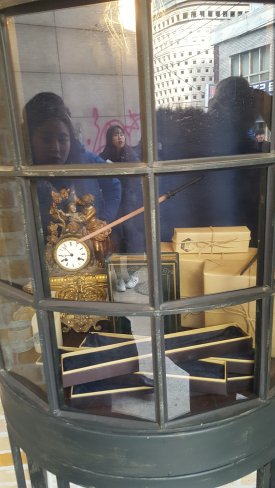 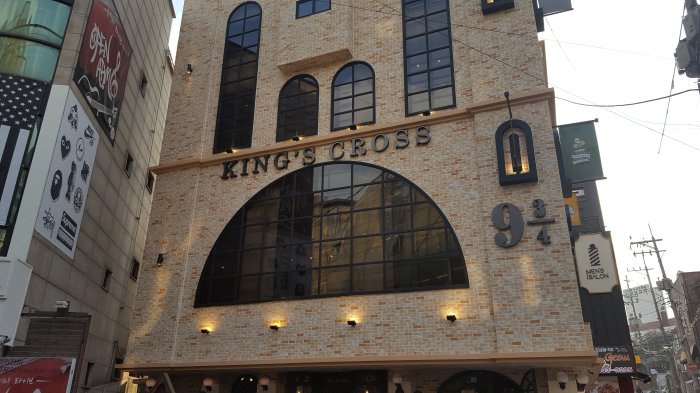 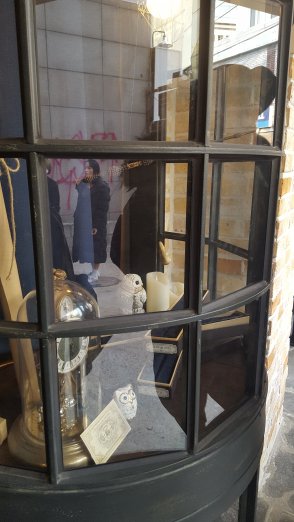 So, there no way of me knowing if this is a permanent feature (like the One Piece Cafe 🙂 Yay!) or a pop up cafe. I DO KNOW, it still in the popular/fad phase of its existence. After all, I had to wait in line for nearly an hour to get in. Do not get me wrong, it was worth the wait (almost) and I understand why they were only letting in a certain amount of people at a time, but still, I swore to myself I wouldn’t wait inline for another Korean fad. Well, I made this promise back in the Honey Butter Chip craze of 2014-15. That was a wild ride in and of itself.

The outside of the building looks like King’s Cross Station. It actually stood out compared to all the other building around it. The inside was kind of magical. It had a magic-esque decore with some of the rooms set up like things from the movie. The staircases were lined with famous portraits. However, they did not move, nor did they have a 3D effect to make it seem like it was moving. They should have, this cafe needed some small touches to make it seem like they actually loved and cared about what they were trying to make into a cafe. 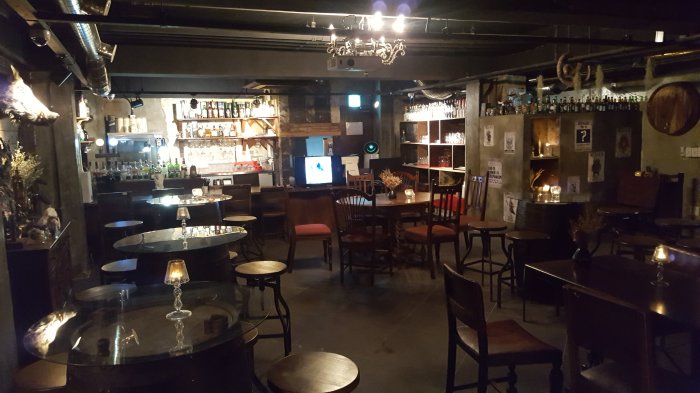 There was also a Gryffindor (Hufflepuff represent!) common room like area with a Christmas theme fireplace where one could try on robes and pose for pictures. Oh, mini and petty rant incoming! You have been warned.

So this photo op area had one robe of each house a person can try on and pose. There were many, many, MANY signs saying to wait in line, max limit of 3 minutes of wearing the robe, and not leave the photo area. All these signs were written in four languages, KOREAN, ENGLISH, JAPANESE, and CHINESE. Most people who come to Korea know one of these languages. So this group of Korean girls, mostly likely university level, try on all the robes. They pose and take photos for 20 minutes, then they leave the area and disappear for another 20 minutes. My friend and I waited for our turn patiently. They broke all the rules. Me being petty actually told the room attendant. She didn’t do much, so I tracked down those girls and explained to them (using the translator app) about the robe situation. Three of the girls return the robes, but not Hufflepuff girl. The one robe my friend and I (and three other girls we made friends with) were waiting for. So my friend goes to track her down and take the robe back. 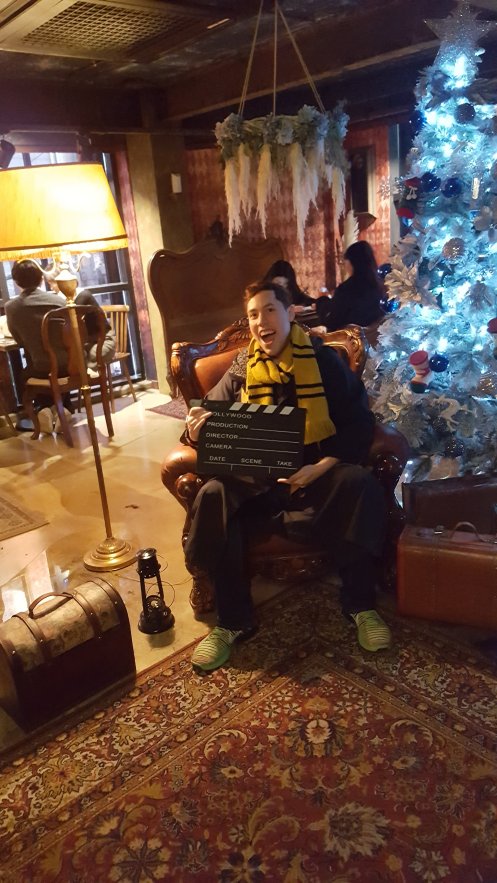 Okay, rant over. There was more to the story, but it really grind-ed my gears. How can people be so inconsiderate to others and the rules? Especially in Korea, the society of conformity!

Also the bakery had some delicious thing on display. The most amazing thing was they had a Happy Birthday Harry cake. This cake was from the first book and movie where Hagrid gives the pink handmade cake to Harry on his 11th birthday. It was sold out and I saw a lot of people order it for take out.

Overall, I think this cafe was kind of nifty. It could have use some touches from someone who loves the series, but it is definitely worth the trip. The ambiance was nice too, and I think it should be a stop on your trip to Hongdae.