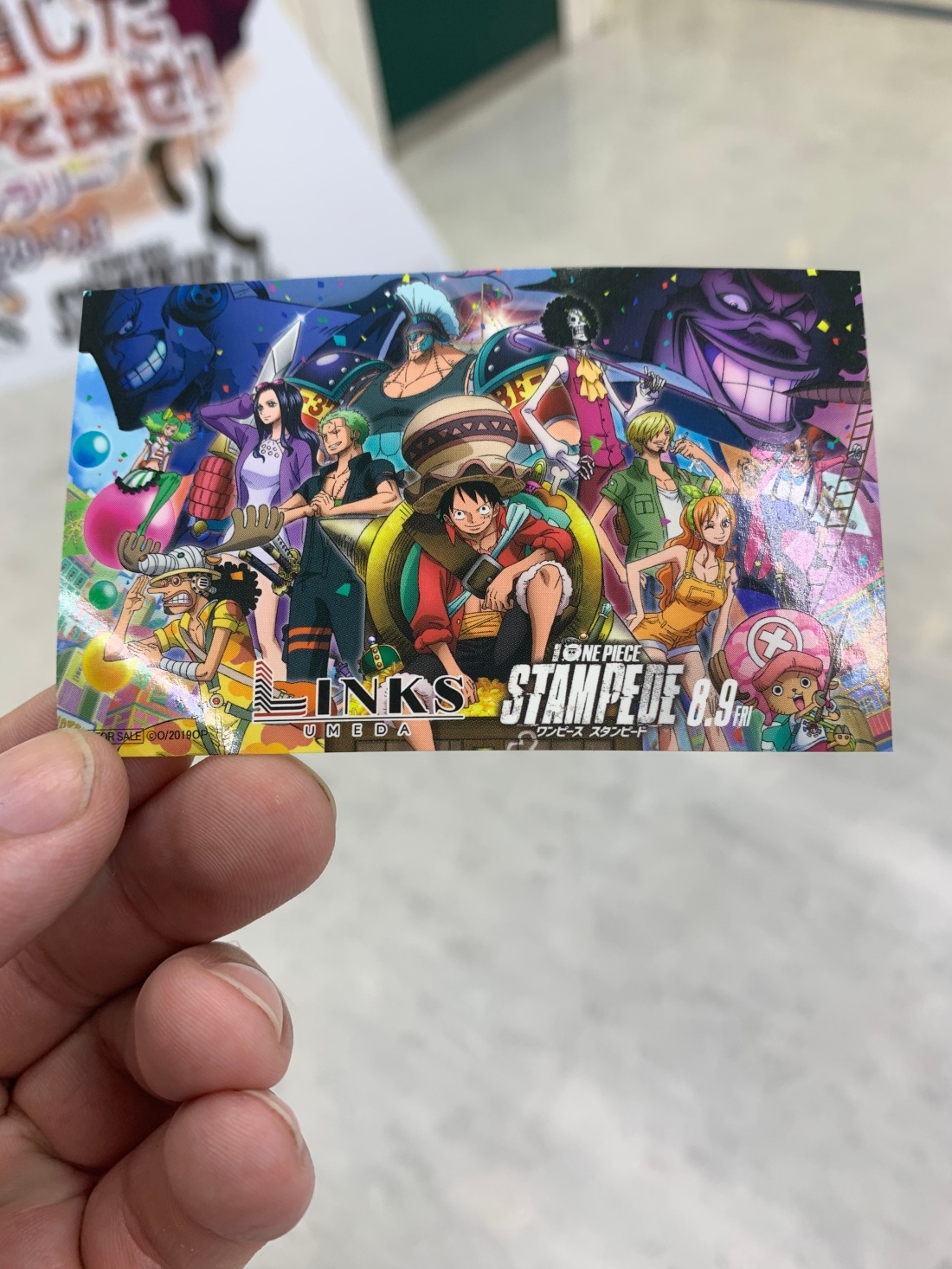 So it seems going to Osaka has become a summer tradition since I’ve moved to Korea. I’ve gone each summer I have been in Korea. Talk about exciting. Not really, but I always find new fun stuff to do. To be completely honest, I mainly go for Universal Studios.

One thing my friend and I stumbled upon was a One Piece “stamp” rally inside the Yodobashi Umeda building.

Originally we went in to escape the heat and humidity. However we stumbled upon this due to a special promotion in honor of the One Piece stampede moving coming out this weekend. 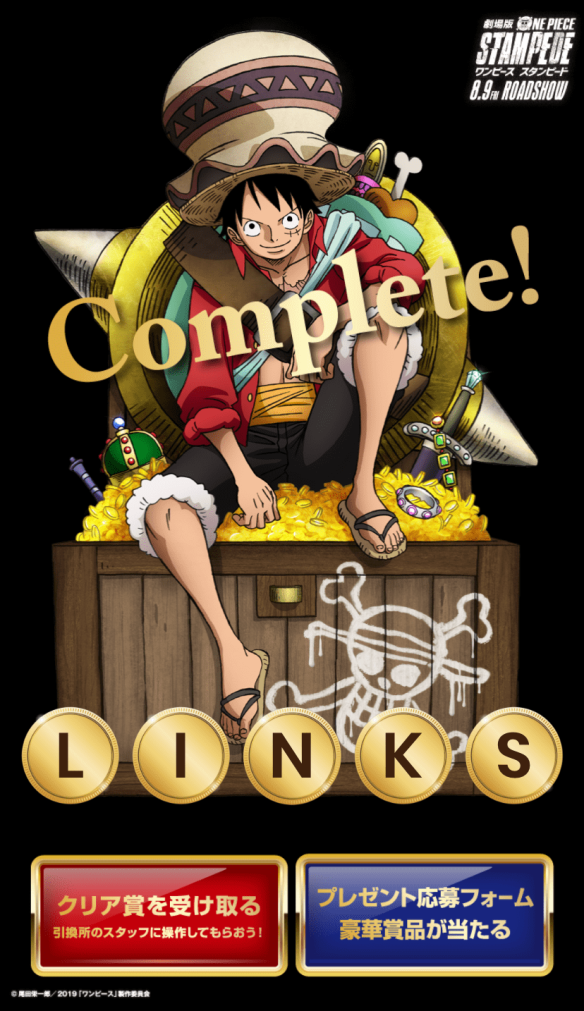 The goal of the event was to go around to different floors and scan a QR code that would reveal a letter. Once all letters were revealed you would be entered into a raffle to win a prize. I don’t live in Japan, so if I do win I won’t be able to claim the prize.

The building had many floors (both stories and basements) that we had to search through.

Franky and Brook were on the first floor next to the booth.

Luffy was on the eighth floor in the middle of the food court. You know, not Sanji, the chef. This one makes sense too. 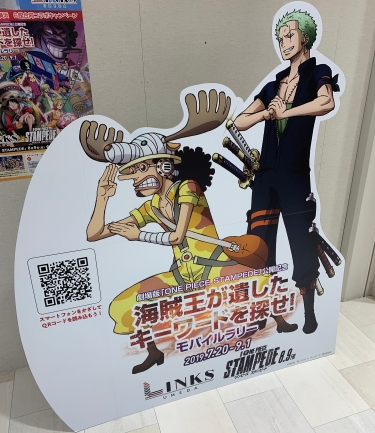 Ussop and Zoro were on the seventh floor. 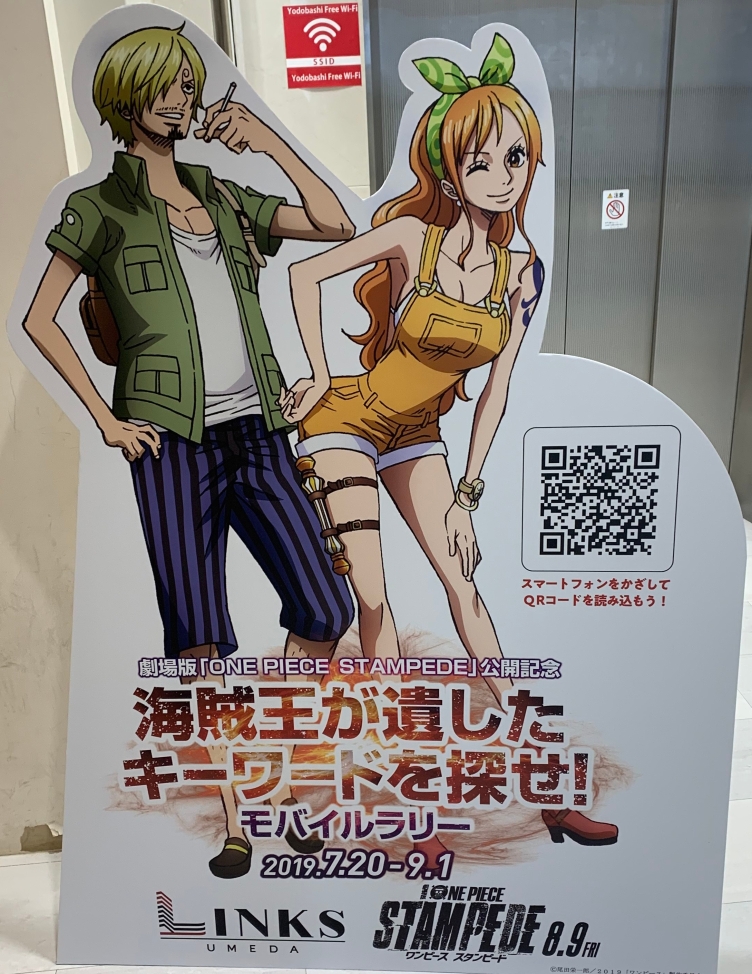 Sanji and Nami were on the sixth next to an elevator.

Robin and Chopper were on the fifth floor. They were the hardest to find. They were by the escalators that were hidden out of the way and next to the Square Enid cafe pop up (the cafe is temporarily closed 😦 and closed the day before my trip).

All participants received a sticker. It looks nifty and I stuck it on my Laptop the moment I retired to Korea. 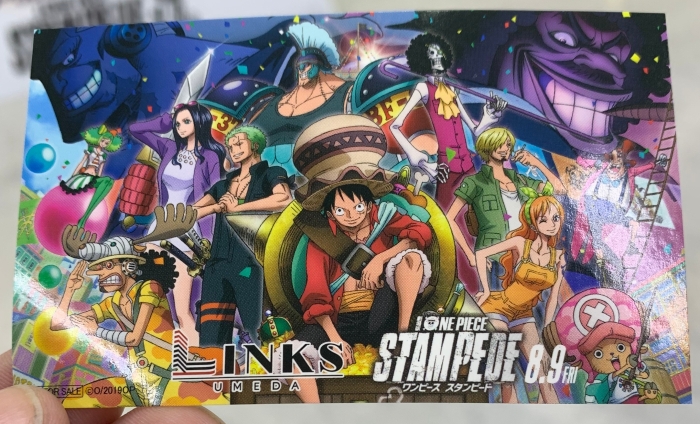 I would like to see the movie but my vacation days didn’t line up the way I would have liked. Oh well. I’ll see it eventually, I hope.

It was nice spending a couple hours indoors in the nice industrial air conditioning. Making this rally worth it to my friend, and extra worth it to me. Plus the mall had many great shops and stores. If I had more money to spend I would have gone shopping and bout quite a few things.

All my post will just be highlights and things I thought that were cool during my trip.

P.S. There were some nice Evangelion inspired glasses. If I didn’t fix my eyes…